All Metal Gear Solid Games listed from best to worst 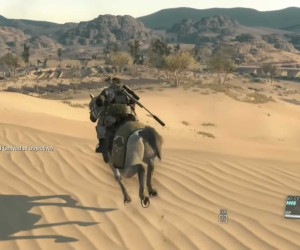 Despite being around since the 1980s, it was the 1998 Metal Gear Solid launch for PlayStation that revolutionized the whole franchise. There have been a vast number of prequels and sequels released for various platforms over the years, expanding the plot and characters not only on modern consoles, but Konami also tried to push the brand with branded online slots for real money. Some were more successful than others though.

The Metal Gear Solid Games are action-adventure releases by Konami, who later expanded to slot games too. But Metal Gear is nothing like you'd find in a real money casino. Players often are in control of a special ops task related to a titular superweapon. Powering through every single game would be an incredible feat. So, if you want to know in which order to play them, here are all the Metal Gear Solid games listed from best to worst.

If you only play one game in the whole series, let it be this one. It expanded and revolutionized the franchise forever. From the ever-twisting storyline and constant stealth action, to the high-level locations and boss battles. This was the

game that shot it all to popularity and set a whole new standard for the industry in general.

This is one of the best games in the lineup, we loved the open environments and cool features you can exploit, as well as the interesting storylines. You get to follow the origins of the villains and become more invested and emotional. The boss battles are on another level and compete with number one on this list.

Both lean on one another for full effect, but missions are fun in both, like blowing up helicopters. And Kiefer Sutherland was the voice of the Big Boss (Venom Snake). However, the storyline is one of the worst, with two villains towards the end and not much love given to the characters.

This was a huge hit when it was first released on PS2 in 2001 and it's one you could easily play more than once. From the tanker opening at the beginning to the boss battles that rival many other Metal Gear Solid game releases. However, the storyline takes an odd turn at the end which is why it doesn't get higher than fourth place on our list.

This game provides some big moments and payoffs in the whole Metal Gear Solid series. Like bringing Meryl and Eva back and the climax towards the end. However, it loses points for gameplay. Camouflaging yourself by placing your hand against a wall, for example, makes no sense whatsoever.

Follows the storyline of MGS 3 but doesn't have a lot of love given to it, most likely because the original creator was rumored not to have been involved in this release.

This one was complicated to get through and also had limitations when compared to the other games on this list.

Metal Gear Survive was a big departure from the rest of the series and seemed vastly unpopular, so we've dropped it to the bottom.