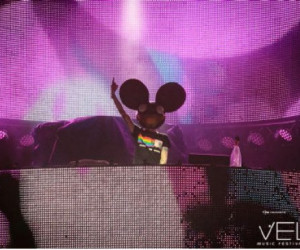 In a matter of weeks, two people died at the U.K.’s famed Glastonbury festival, one apiece at Electric Daisy Carnival, Beyond Wonderland and Ultra in the States, and sixat Malaysia’s Future Music Festival.

All of this inspired the local office of international concert-promotion giant Live Nation to issue a tip sheet to the media on responsible festival-going practices.

As much as most of the advice seems self-evident — stay hydrated, remember to eat, dress appropriately for conditions, drink in moderation, avoid drugs, and know how and with whom you’re getting home — it still bears repeating. No one should leave a festival on a stretcher.

That common-sensibility is enshrined in a phrase that’s a bit overused but nevertheless worth taking to heart and keeping in the back of your head: “Party responsibly.”

By all means, party your ass off, but think about what you’re doing. Maybe you don’t need to chug that whole mickey of Jack Daniels you have stashed in your pants while waiting in line at the gates.

If you must use illicit substances, maybe give them a couple of hours to set in before popping another pill or potion. Maybe remind yourself why “know your dealer” is a cliché before you buy drugs off some shifty capitalist you just met in the washroom.

Keep your friends close. Don’t play it cool and avoid asking for help if you suddenly don’t feel right. And, for Pete’s sake, don’t drive home if you’re wasted.

It ain’t rocket science, this festival-survival business. Just think. “Look before you leap,” as my mother might say. If I sound like Old Man Rayner dispensing this sort of advice, bear in mind that this has been my job for nearly 20 years and I’m still at it. See you out there. And, please, party responsibly.