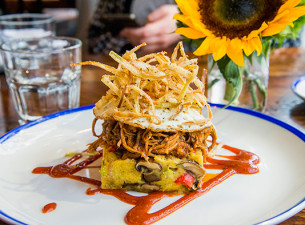 Brunch in South Etobicoke encapsulates all the usual bacon and eggy dishes you could ask for and that's not all. In this pocket of Toronto, you'll also find vegan, English, Eastern European and Mexican options.Here are my picks for the top brunch spots in South Etobicoke. Goodlake Brunch at this relaxed New Toronto restaurant includes classic eggs Benedict, multigrain French toast and apple braised pork shoulder served with savoury bread pudding, crispy fried leeks and an optional fried egg. .... 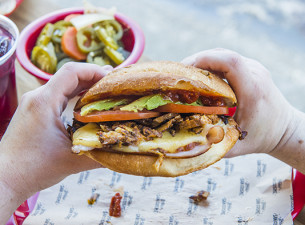 The top 5 Mexican sandwiches in Toronto

Mexican sandwiches, or tortas as they are traditionally called, can be found on the menus of some of Toronto's best Mexican restaurants. These layered morsels of deliciousness are served on crusty bread and filled to the nines with meat and vegetables. Here my picks for the top places to chow down on Mexican sandwiches in Toronto. Torteria San Cosme This Kensington Market restaurant doesn't do tacos. Instead their menu focuses on the art of sandwich making. Indulge in tortas filled with e .... 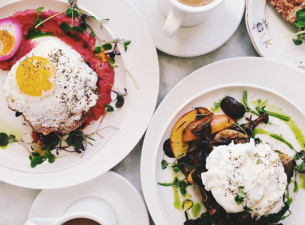 Toronto The top 10 restaurants for a brunch date in Toronto

Brunch in Toronto can be the perfect meal for a date. Whether it's the setting for a casual weekend rendezvous or a continuation from last evening, brunch at these restaurants meet the criteria for good food, date-worthy environs and hopefully no lineups. Some even take reservations.Here are my picks for the top restaurants for a brunch date in Toronto. Me & Mine This lovely eatery on College Street is an ideal destination for a romantic daytime interlude. Spice things up with the huevos ra .... 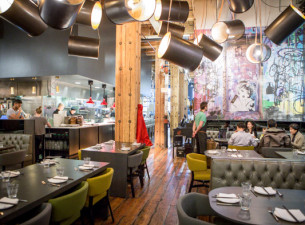 The food scene in Toronto is anything but boring when it comes to well designed spaces that give diners the chance to drool over the decor as well as their meal. The restaurants on this list are all massive culinary projects that serve cuisine from around the globe. The emphasis is on the food as well as on everything else that meets the eye, for an interesting and truly immersive experience. Here are my picks for the top restaurants with stunning interior design in Toronto.  Carbon B .... 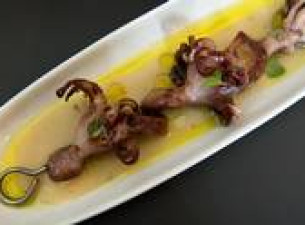 Hummus was transformed from a deli-aisle afterthought to a bona-fide, and yes, even decadent restaurant dish this year. “Middleterranean” became the most dominant dining trend of 2014, with nearly enough tahini, pomegranate, sumac and za’atar around town to rival the great Spanish and ramen crazes of 2013. You could hardly go out in the last 12 months without being offered a barrel-aged negroni or wine on tap, while roasted cauliflower entered its second year as the single-most overu .... 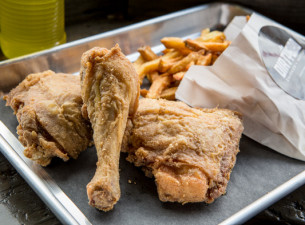 The top 10 new restaurants for fried chicken in Toronto 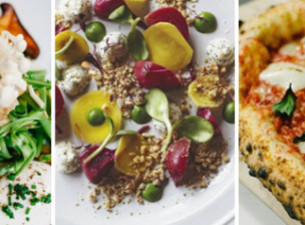 Dining out can get expensive pretty quickly, and if you live in a big city, it's even worse.According to Statistics Canada households in Ontario spent more than $2,200 on dinners out in 2013. And it makes sense. At a typical restaurant, you can expect to spend $4 to $8 for a starter, $12 to $25 for an entrée and another $9 to $13 for dessert — not to mention the cost of any drinks you might order. Toss in a celebrity chef and a five star rating and suddenly that average cost more than doubles.Bu ....