Five Most Underrated Movies Since 2000 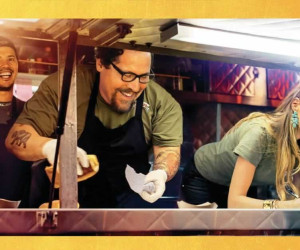 Like it or not, the primary purpose of movies is to make money for producers. Appealing to the broadest audience is the easiest way into people's wallets, and it is part of why we have the ninth incarnation of Fast and Furious.

Not all movies can be box-office hits. Some fail to meet expectations deservingly, but forgotten or underrated gems among film didn't make it to the highest level. We chose five films that have high filmmaking qualities and still didn't deliver the expected viewership.

There is little not to like about the 2014 feel-good movie Chef. The star-driven cast has Bobby Cannavale and John Leguizamo in leading roles supported by Scarlett Johansson, Sofia Vergara, Robert Downey Jr. and Dustin Hoffman. A funny, warm, and somewhat severe script shows main characters from a well-established chef position in a top-notch restaurant to a road trip where he reinvents himself and relationships with family and friends.

In the superhero overload world with the Batman franchise, Marvel mass production, one movie didn't reach nearly enough accolades as Iron Man or Avengers. 2003. Daredevil received terrible reviews, which translated into a box office slump. However, the movie starring Ben Affleck as a blind superhero and his future real-life wife Jennifer Garner as Elektra, with Colin Farrel as a bad guy, has great moments. The overall dark atmosphere and running away from superhero cliches help with the impression.

The movie did create additional content in the entertainment industry, and together with the actor's popularity, it resulted in a video game for Game Boy Advance. The movie got the product in the igaming market with the Daredevil slot game, which Playtech made. It has a pretty respectable RTP of 94.94%, five reels and 20 paylines, two overlapping D letter symbols, and Daredevil, two swords, Electra and other villain symbols (you can find the game at real money online casino Canada). The game didn't help the movie's popularity, but both the slot and the film are worth trying.

Traumatic and tense. These could describe the unhappy world of The Assistant, a movie that stars Ozark's Julia Garner in a role of an assistant to an influential but also abusive Hollywood player. All similarities with Harvey Weinstein are deliberate. But, despite having a great cast and compelling story, the movie didn't bode well at the box office.

Locke is a movie for appreciation of Tom Hardy's incredible talent. A solo act for Hardy that drives the whole film in a car and has conversations with family and colleagues sounds like a challenging motion picture to create. Hardy is brilliant in his role as Ivan Locke, but this low-budget movie made in just six days didn't reach box office success.

Olivia Wilde flawlessly performed a disturbing story of a young woman with a history of abuse that takes justice into her own hands. The report shares a similar story with Haruki Murakami IQ84 novel, but the content is entirely original. The movie is a dark roller coaster of emotions and personalities worth watching, but It didn't expect success.

There are hundreds of movies that didn't earn expected amounts or got thumbs down from the critics. All-time classic Citizen Kane comes first to mind. Other more recent movies that could have made the underrated list include Disobedience, The Boy Who Harnessed the Wind, Annihilation, We need to talk about Kevin and many others.