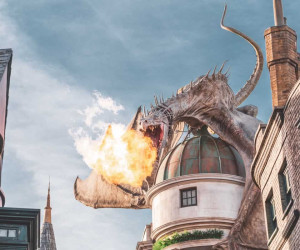 With a straightforward narrative and a lot of creative action, Dragon Quest XI S: Echoes of an Elusive Age – Definitive Edition is perfect for all gaming newcomers and those already introduced to the game's previous versions.

Now available on PC and current consoles, Dragon Quest XI S is a great JRPG. It serves as the perfect entry point for bold veteran RPGamers and all the newcomers.

The game introduces loads of new content. Players have many new exceptional environments to explore, and the latest photo option lets the heroes situate themselves for a variety of different poses in front of the breathtaking backdrops.

This game is also a perfect opportunity to amuse yourself with varying elements from the igaming industry. Those who usually play online slots online will probably know that this series has its slot games, multiple instances of it. It started with Dragon Quest II and went all the way up to Dragon Quest VIII from there. In addition, there were a multitude of mini-games, starting from slot machines to card games, roulette and even Bingo. There’s also a thing called “Lucky Panel,” a matchmaking game that included other players, and it was a 12 card game.

The Story Going Slowly, but With a Lot of Surprises

The story in the new edition of the game goes at a leisurely pace. The scenario demonstrates the classic good versus evil plot at first. Then, however, as the complex story unravels over time, the actions get more exciting.

Players looking for a fast-paced story will not find what they are looking for in the game, as the plot moves along relatively slowly across all three acts. However, the good side of this is that players can now find more time to bond with their favourite characters. All thanks to the growing places in the world of Erdrea.

The supporting characters vary regarding their appearance and personalities. However, they all have one thing together, except being made very creative and innovative. In addition, they all exhibit a sense of loyalty and friendship towards the hero and amongst each other.

This Version is in English!

The English version changes some names of people and places compared to the Japanese version, but it cleverly reflects all the creative wordplay.

The storyline is so good, mainly because of excellent translation and superb voice acting. Sholc Ltd has made the English localization.

The voice acting is done both in English and Japanese, and it certainly adds a real depth of sentiment to the game in the 3D version of the game. The script's good execution, which everyone is talking about, primarily thanks to localization translation. Different dialects that get used by certain characters reflect the other regions in the world of Erdrea.

The voices of the main characters are next to perfection, so we can deeply feel the emotions of each character.

Those playing mainly for the story should play the game in the 3D model to experience the storytelling at its best. The voice acting gets done so well that the faithful 2D version almost lacks the emotional pull due to the absence of the genius voice cast!

Some say that the 2D model can feel like a completely different game in more than one way. The towns, dungeons, and world maps got rearranged to be more compact, so it is possible to breeze through the game quicker in this mode than in the 3D one.