Why Every Toronto Resident Should Replace Their Lead Pipes 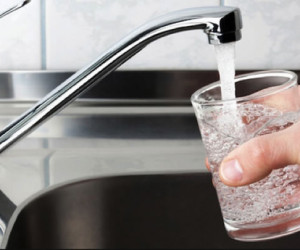 More evidence than ever is being found about the dangers that lead pipes can cause when drinking water flows through them. In the United States, these pipes have been outlawed since 1978, however existing pipes may not have been changed. Canada beat the US by three years banning the use of lead pipes in 1975. Then both countries banned the use of lead solder in 1986 – these were banned in the construction of new homes due to the dangers of lead toxicity.

However many existing older homes still have lead pipes, and the choice to change this problem starts by calling plumbing company in Toronto to come take a look. Here are some of the reasons you should replace your lead pipes.


Lead pipes pose a variety of health hazards to infants, foetuses, children, and adults because lead is toxic to the body. The largest danger of having lead pipes in a home is the fact that the lead can leach into the water, which can happen over time as the pipes become corroded and pitted, allowing lead to enter the water. That is water that will be consumed, cooked with and used for bathing and brushing teeth – and the frightening part is that it can be difficult to detect.

Once the dangers were realized in the 1970s, the plumbing Codes were changed; however this did not include having homeowners change their pipes. This means it is possible to still find older homes, apartments, and condos that may have lead in the water pipes and the dangers that go with it.

How To Know If A Home Has Lead Pipes


The first thing is to determine is how old the home is and whether the water pipes are original, and then call a plumber. This alone could determine if the pipes are lead since they were once widely used in home construction. Copper pipes should also be inspected if the home is older, since it was common to use lead solder to fuse the joints. Plumbing solder today is made lead-free so if the plumbing has been changed the solder should be safe, but if in doubt it should be tested to ensure the solder contains no lead. Faucets are another item that should be considered if they are older, since they may have lead content in the manufacturing of them.


Lead pipes and solder have health risks, especially for unborn children and children. Lead is a substance that is toxic to the human body and, as a result, can affect the brain on a molecular level. More proof shows it harmful to your health because it can trigger diseases in people of all ages, not only children – these are diseases such as type 1 diabetes, lupus, rheumatoid arthritis, fibromyalgia, fatigue syndrome, multiple sclerosis and other diseases.

You just don’t want to take the risk with your family – it is definitely wise, if you live in Toronto, to have your drains inspected, that way you can rest easy.